If you come only to help me, you can go back home.  But if you consider my struggle as part of your struggle for survival, then maybe we can work together.—Aboriginal wise woman

When you say fiscal responsibility, it seems to me that you really mean rich people keeping their money.—Alice Adams

Did you know unions are what brought races and genders together more than any other type of organization, including government? We’re all brothers and sisters in the union. And we don’t have to be forced into this unity. In the common struggle for a better life, a decent income and respectable retirement, the divisions fade away.--Loren Adams, Arkansas Postal Workers Union Editor, The Arkansas Postal Worker

Any excuse will serve a tyrant.—Aesop

I don't mind coming to work -- I just don't want to stay when I get there.—Louis H. Albert

To be ignorant of one's ignorance is the malady of the ignorant.—Bronson Alcott

Upon the conduct of each depends the fate of all.—Alexander The Great 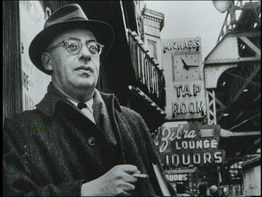 No issue can be negotiated unless you first have the clout to compel negotiation.—Saul Alinsky

Power is not only what you have but what the enemy thinks you have.—Saul Alinsky

Tactics mean doing what you can with what you have...tactics is the art of how to take and how to give.--Saul Alinsky

The threat is usually more terrifying than the thing itself.--Saul Alinsky, from his Thirteen Tactical Rules

Those who want change must be against sacred cows and not only innately irreverent but outwardly, purposefully irreverent in their actions. They must be iconoclastic bulldozers willing to be regarded as profane spoilers of the sacred myths.--Saul Alinsky

The Radical does not sit frozen by cold objectivity.  He sees injustice and strikes at it with hot passion.--Saul Alinsky

I tell people the hell with charity, the only thing you'll get is what you're strong enough to get.--Saul Alinsky

Society has good reason to fear the Radical. Every shaking advance of mankind toward equality and justice has come from the Radical. He hits, he hurts, he is dangerous. Conservative interests know that while Liberals are most adept at breaking their own necks with their tongues, Radicals are most adept at breaking the necks of Conservatives.--Saul Alinsky

A free and open society is an ongoing conflict, interrupted periodically by compromises.--Saul Alinsky

More than any other time in history, mankind faces a crossroads.  One path leads to despair and utter hopelessness.  The other, to total extinction.  Let us pray we have the wisdom to choose correctly.—Woody Allen

The lion and the calf shall lie down together, but the calf won't get much sleep.—Woody Allen

In my time we was beaten, rotten egged, cussed, threatened, tarred and feathered and blackballed from other jobs. Hurt in so many different ways. But at our meetings our advice to the men and women that was hurt, we would just say to them what the good book says, the Lord will not put more upon you than you can bear, at least none of us lost our lives like some did in the early 30's. Thank God!... —W.M. "Jack" Anderson, first local president, UAW local 645 (TX)

One of these days you'll see the light and we'll have the union in. Just a matter of time.—W.M. "Jack" Anderson, first local president, UAW local 645 (TX)

This is the spirit that is back of all the great struggles of the workers to improve their working conditions.  Liberty and freedom for collective bargaining is what they want and what they must have.—Mary Anderson

If nothing we do matters...then all that matters is what we do.  Cause that's all there is.  What we do now. Today.  The smallest act of kindness is the greatest thing in the world.—Angel (TV series Angel, from the episode "Epiphany")

Just because we've tried to kill or corrupt each and every one of you at one time or another...doesn't mean we can't be trusted.—Lilah Morgan, of the law firm Wolfram and Hart (TV series Angel, from the episode "Home")

We'll hold this line until Hell freezes over -- Then we'll hold it on ice skates.—Anonymous, picket sign

At critical times the authorities always claim they have no authority.—Anonymous

Automation has opened up for thousands of skilled employees a whole new world of unemployment.—Anonymous

Automation may be a good thing, but don't forget that it began with Frankenstein.—Anonymous

Pay attention to your enemies, for they are the first to discover your mistakes.-- Antisthenes

I can be a patient man with stupidity, but not with those who are proud of it.—Ed Asner, Postal Press Association Conference, 8/2/03

I will always have enough money to last the rest of my life...as long as I don't buy anything.—Ed Asner, Postal Press Association Conference, 8/2/03

Butter was plastered on to the roll with no regard for the hard labor of the cow.--Kate Atkinson, novelist and playwright, "Life After Life" (2013)

Whenever you fall, pick up something.—Theodore Avery (attributed)