Divide and Conquer. As long as some people have commanded the work of others, this has been management's basic principle.—Peter Rachleff, labor historian 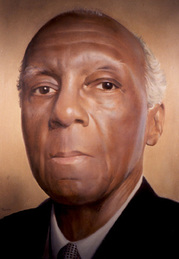 A community is democratic only when the humblest and weakest person can enjoy the highest civil, economic, and social rights that the biggest and most powerful possess.—A. Philip Randolph

Let the nation and the world know the meaning of our numbers.—A. Philip Randolph

The essence of trade unionism is social uplift. The labor movement traditionally has been the haven for the dispossessed, the despised, the neglected, the downtrodden, the poor.—A. Philip Randolph 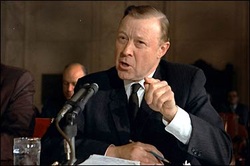 There's s a direct relationship between the ballot box and the bread box, and what the union fights for and wins at the bargaining table can be taken away in the legislative halls.—Walter Reuther

Education is the golden key that unlocks the potential of human growth.—Walter Reuther 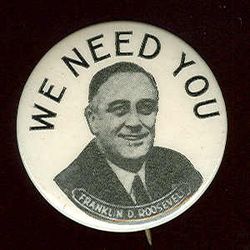 President Franklin Delano Roosevelt
Pay for productivity or performance...is an FBI program - Friends, Brothers and In-Laws. That's the only people who will get a raise! —Steve Rooney, IAM District 70 Directing Business Representative

No business which depends for existence on paying less than living wages to its workers has any right to continue in this country. By living wages I mean more than a bare subsistence level --I mean the wages of decent living.—Franklin D. Roosevelt

Goods produced under conditions which do not meet a rudimentary standard to decency should be regarded as contraband and not allowed to pollute the channels of international commerce.—Franklin D. Roosevelt

It is to the real advantage of every producer, every manufacturer and every merchant to cooperate in the improvement of working conditions, because the best customer of American industry is the well-paid worker.—Franklin D. Roosevelt

Those who have long enjoyed such privileges as we enjoy, forget in time that men have died to win them.—Franklin D. Roosevelt

You can beat 40 scholars with one fact, but you can't beat one idiot with 40 facts.—Rumi, 13th century Persian poet and mystic

One of the best ways to persuade others is with your ears--by listening to them.—Dean Rusk