The history of America has been largely created by the deeds of its working people and their organizations--there is scarcely an issue that is not influenced by labor’s organized efforts or lack of them.— William Cahn, Labor historian

There are two Americas.  One of them is really crazy.--Robert Cantor, commenter on Huffington Post (4/7/11)

If you try to fail, and succeed, which have you done?— George Carlin, comedian

The Union is not a fee-for-service organization, it is a family.—Sue Carney, APWU Director of Human Relations

At the core, labor unions (we) are working men and women, unified as one force. Despite any personal differences that may exist between us, we have banded together to protect and improve the lives of workers. We rise up together for the greater good. We defend one another like family.—Sue Carney, APWU, 2014

Every advance in this half-century--Social Security, civil rights, Medicare, aid to education, one after another--came with the support and leadership of American Labor.—Jimmy Carter

While our soldiers fight overseas' to instill freedom and rights, stand on the battlefields of home and fight to keep them!—Mark Case, APWU Local 277, Western North Carolina, addressing local unions and community allies on September 27, 2011

Diplomacy is saying 'nice doggy' until you find a rock.—Wyn Catlin

Management doesn't seem to understand the importance of the human factor.-- Charles, Prince of Wales 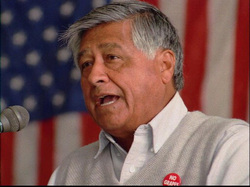 Cesar Chavez
The fight is never about grapes or lettuce. It is always about people.— Cesar Chavez

The people united will never be defeated.— Cesar Chavez

You are never strong enough that you don't need help.— Cesar Chavez

Because we have suffered, and we are not afraid to suffer in order to survive, we are ready to give up everything -- even our lives -- in our struggle for justice.— Cesar Chavez

We draw our strength from the very despair in which we have been forced to live. We shall endure.— Cesar Chavez

When a man or woman, young, or old, takes a place on the picket line for even a day or two, he will never be the same again.— Cesar Chavez 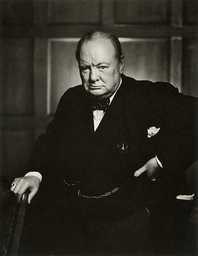 Sir Winston Churchill
Those who say it cannot be done should not interrupt those who are doing it. —Chinese Proverb

When morality comes up against profit, it is seldom that profit loses.— Congresswoman Shirley Chisholm

Labor Unions are the leading force for democratization and progress.—Noam Chomsky

Workers and their families may starve to death in the New World Order of economic rationality, but diamond necklaces are cheaper in elegant New York shops, thanks to the miracle of the market.—Noam Chomsky

We will have no truce or parley with you, or the grisly gang who work your wicked will.  You do your worst--and we will do our best.—Sir Winston Churchill

When you have to kill a man, it costs nothing to be polite.—Sir Winston Churchill


The only thing workers have to bargain with is their skill or their labor. Denied the right to withhold it as a last resort, they become powerless. The strike is therefore not a breakdown of collective bargaining-it is the indispensable cornerstone of that process.— Paul Clark, 1989

If you ever saw a cat and a dog eating out of the same plate, you can bet your ass it was the cat’s food.— Congressman William Clay

If you object to unfair treatment, you're an ingrate.  If you seek equity and fair consideration, you're uppity.  If you demand union security, you're un-American.  If you rebel against repressive management tactics, they will lynch and scalp you.  But if you are passive and patient, they will take advantage of both.— Congressman William Clay, Sr., speaking to the AFL-CIO Federation of Government Employees, 1975

You must start with the premise that you have no permanent friends, no permanent enemies, just permanent interests.— Congressman William Clay, Sr.

I have no intention of representing those powerful interests who walk over powerless people.— Congressman William Clay, Sr.

I have found some of the best reasons I ever had for remaining at the bottom simply by looking at the men at the top.—Frank Moore Colby

Concessionary bargaining destroys the power of a union in the same way that cancer destroys the body.--Shamus Cooke

When the unions declare their independence by raising their demands in a unified and coordinated manner, as they are beginning to do, it will mean that a formal political independence is not far off.--Shamus Cooke

What's so funny about peace, love, and understanding?—Elvis Costello, singer/songwriter

Too many people live their life by a clock instead of a compass.—Stephen Covey, author (1/6/05)

Be a light, not a judge; Be a model, not a critic.—Stephen Covey, author

Knowledge dwells in heads replete with thoughts of other men; wisdom in minds attentive to their own.—William Cowper


Plato told Aristotle no one should make more than five times the pay of the lowest member of society. J.P. Morgan said 20 times. Jesus advocated a negative differential -- that's why they killed him.—Graef Crystal (1998)


The condition upon which God hath given liberty to man is eternal vigilance; which condition if he break, servitude is at once the consequence of his crime and the punishment of his guilt.— John Philpot Curran

One never notices what has been done; one can only see what remains to be done.—Marie Currie