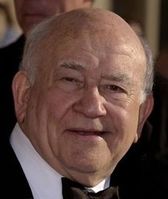 Ed Asner
To be ignorant of one's ignorance is the malady of the ignorant.—Bronson Alcott

Just because we've tried to kill or corrupt each and every one of you at one time or another...doesn't mean we can't be trusted.—Lilah Morgan, of the law firm Wolfram and Hart (TV series Angel, from the episode "Home")

I can be a patient man with stupidity, but not with those who are proud of it.—Ed Asner, Postal Press Association Conference, 8/2/03


When a man says he approves of something in principle, it means he hasn't the slightest intention of putting it in practice.—Bismarck

Never attribute to malice that which is adequately explained by stupidity.—Arthur Bloch

The quality of employees will be directly proportional to the quality of life you maintain for them.—Charles E. Bryan

Management doesn't seem to understand the importance of the human factor.-- Charles, Prince of Wales

If you object to unfair treatment, you're an ingrate.  If you seek equity and fair consideration, you're uppity.  If you demand union security, you're un-American.  If you rebel against repressive management tactics, they will lynch and scalp you.  But if you are passive and patient, they will take advantage of both.— Congressman William Clay, Sr., speaking to the AFL-CIO Federation of Government Employees, 1975 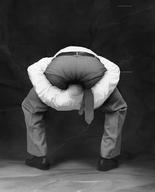 I have found some of the best reasons I ever had for remaining at the bottom simply by looking at the men at the top.—Frank More Colby

Nothing strengthens authority as much as silence.— Leonardo da Vinci

The limits of tyrants are prescribed by the endurance of those whom they oppress.—Frederick Douglass

So much of what we call management consists in making it difficult for people to work.— Peter Drucker

Personally, I look forward to continuing the fight for justice and equality on the workroom floor.  APWU will never NEVER allow [the] heinous thinking by management to continue without a battle.  It's an atrocity which must be and will be stamped out.  We are American workers and, most importantly, we are human beings!—Moe Lepore, Boston Metro Area Local APWU (1985)

Divide and Conquer. As long as some people have commanded the work of others, this has been management's basic principle.—Peter Rachleff, labor historian