As machines become more and more efficient and perfect, so it will become clear that imperfection is the greatness of man.—Ernst Fischer 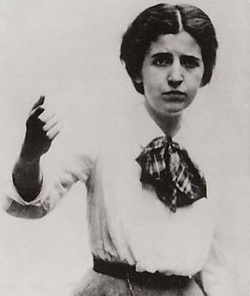 Elizabeth Gurley Flynn
What is a labour victory? I maintain that it is a twofold thing. Workers must gain economic advantage, but they must also gain revolutionary spirit, in order to achieve a complete victory. For workers to gain a few cents more a day, a few minutes less a day, and go back to work with the same psychology, the same attitude toward society is to achieve a temporary gain and not a lasting victory.—Elizabeth Gurley Flynn

There is less violence against labor today, but there are more legal restrictions... There has been labor protection by law but there has also been labor repression by law.—Elizabeth Gurley Flynn, 1962

I'm in the labor movement and I speak my own piece. —Elizabeth Gurley Flynn, 1906, as a 16 year-old radical

What precipitated the big strike in 1912, which is one of the great historical struggles in our country, was a political act on the part of the State. The hours of labor were reduced to 54 hours. You can imagine what they were before. That was only for women and children, but it affected something like 75% of the workers in the mills.  On the first pay after the law went into effect, the employers cut the wages proportionately to the cut in-hours and the wages were on the average of $7 and $8 a week at that time, and the highest pay to loom fixers and more highly skilled were getting possibly, $15 and $20. It was a margin between mere subsistence and starvation and so there was a spontaneous strike.—Elizabeth Gurley Flynn, 1962, on the Bread and Roses Strike

History has a long-range perspective. It ultimately passes stern judgment on tyrants and vindicates those who fought, suffered, were imprisoned, and died for human freedom, against political oppression and economic slavery.—Elizabeth Gurley Flynn

Why did good hard-working people suffer so? Why were men who were willing, able, and anxious to work, denied jobs? Why was there so much unemployment? Why were there rich people who apparently did little but enjoyed life?—Elizabeth Gurley Flynn, 1952

I hated poverty.  I was determined to do something about the bad conditions under which our family and all around us suffered. I have stuck to that purpose for 46 years. I consider in so doing I have been a good American. I have spent my life among the American workers all over this country, slept in their homes, eaten at their tables. They are the majority of the people who have the inalienable right in our view to govern the country.—Elizabeth Gurley Flynn, 1952
It is always somewhat perplexing and sometimes shocking to hear, from respected unionists, a lack of concern for the struggle of brothers and sisters outside their own backyards. Such failure to bear faith and allegiance to real solidarity is what lies at the heart of labor's inability to coalesce into the force that some of our greatest leaders have envisioned. We must come to the realization that we are all coworkers, brothers and sisters in the struggle with owners.—Donald L. Foley, APWU National Business Agent (posting on 21st Century Postal Worker)

People have power when other people think they have power.—Wyche Fowler

How wonderful it is that nobody need wait a single moment before starting to improve the world.—Anne Frank

Dead people receive more flowers than the living ones because regret is stronger than gratitude.—Anne Frank

We must indeed all hang together, or, most assuredly, we shall all hang separately.—Benjamin Franklin, July 4, 1776

They that can give up essential liberty to obtain a little temporary safety deserve neither liberty nor safety.—Benjamin Franklin

In three words I can sum up everything I've learned about life:  it goes on.—Robert Frost

Clearly the most unfortunate people are those who must do the same thing over and over again, every minute, or perhaps twenty to the minute. They deserve the shortest hours and the highest pay.—John Kenneth Galbraith, American economist

There are two kinds of people, those who do the work and those who take the credit. Try to be in the first group; there is less competition there.—Indira Gandhi 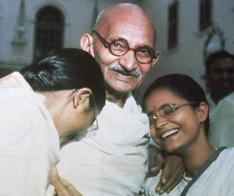 We must always seek to ally ourselves with that part of the enemy that knows what is right.—Mahatma Gandhi

The future depends on what we do in the present.—Mahatma Gandhi

An excellent plumber is infinitely more admirable than an incompetent philosopher….the society that scorns excellence in plumbing because plumbing is a humble activity and tolerates shoddiness in philosophy because it is exalted activity….will have neither good plumbing or good philosophy….neither its pipes or its theories will hold water.— John Gardner

Why should unions support a political party that is in the control of corporate interests that the unions were designed to thwart in the first place? How can the unions get better pay and benefits for its workers when the political party they support is controlled by management?--Timothy V. Gatto, countercurrents.org (October 5, 2010)

It is difficult to go on strike if there is no work in the first place.—Lord George-Brown

When people ask me, "Why can't labor organize the way it did in the thirties?' the answer is simple: everything we did then is now illegal.— Thomas Geoghegan

Don't work jobs that you hate to buy things you don't need.—Otis Gibbs (from the song "Jesus On The Couch")

Civil liberties victories never stay won, but must be fought for over and over again.— Ira Glasser

Anything you dream you can do--BEGIN IT.  Boldness has genius, power and magic in it.—Goethe 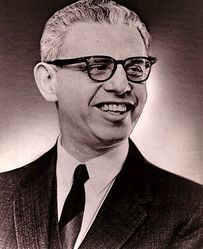 The greatest right of a civilized person is to be left alone, unless he does harm to others or is threatening to do harm to himself.—Arthur Joseph Goldberg

We have our principles, but we also must do things that are constantly compromising those principles.—Arthur Joseph Goldberg

You cannot rectify every real or alleged wrong immediately.  Time must enter into the picture.—Arthur Joseph Goldberg


It is never easy to define what is moral, particularly in foreign policy. But at the risk of being simplistic, it appears to me that a foreign policy that is morally right protects human rights everywhere.—Arthur Joseph Goldberg

If you pay peanuts, you get monkeys.—James Goldsmith 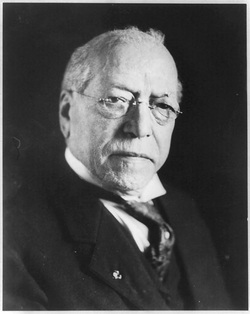 It is impossible for capitalists and laborers to have common interests.—Samuel Gompers

To be free, the workers must have choice. To have choice they must retain in their own hands the right to determine under what conditions they will work.—Samuel Gompers

The man who has his millions will want everything he can lay his hands on and then raise his voice against the poor devil who wants ten cents more a day. . . .  We do want more, and when it becomes more, we shall still want more.  And we shall never cease to demand more until we have received the results of our labor.—Samuel Gompers

No race of barbarians ever existed yet offered up children for money.—Samuel Gompers, on child labor

Labor Day differs in every essential from other holidays of the year in any country. All other holidays are in a more or less degree connected with conflict and battles of man's prowess over man, of strife and discord for greed and power, of glories achieved by one nation over another. Labor Day is devoted to no man, living or dead, to no sect, race or nation.—Samuel Gompers

Where trade unions are most firmly organized, there are the rights of the people most respected.—Samuel Gompers 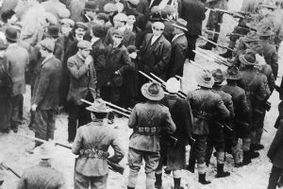 The workers of this country do not worry me. I can hire one half of the working class to kill the other half.-- Jay Gould, robber baron