Political capital is not powder to be kept dry; it is a muscle that gets stronger with use.--comment on the political blog Daily Kos

Wherever men have looked upward and onward, worked for the poor and the week, they have been sacrificed.— Clarence Darrow

I love those who can smile in trouble, who can gather strength from distress, and grow brave by reflection. 'Tis the business of little minds to shrink, but they whose heart is firm, and whose conscience approves their conduct, will pursue their principles unto death.— Leonardo da Vinci

Nothing strengthens authority as much as silence.— Leonardo da Vinci

You laugh at me because I'm different; I laugh at you because you're all the same.— Jonathan Davis (vocalist for the rock band Korn) 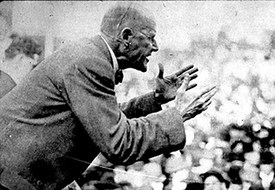 The most heroic word in all languages is revolution.—Eugene V. Debs

There is certainly...something wrong in that form of unionism whose leaders are the lieutenants of capitalism.—Eugene V. Debs

I am opposing a social order in which it is possible for one man who does absolutely nothing that is useful to amass a fortune of hundreds of millions of dollars, while millions of men and women who work all the days of their lives secure barely enough for a wretched existence.—Eugene V. Debs

You have got to unite in the same labor union and in the same political party and strike and vote together, and the hour you do that, the world is yours.—Eugene V. Debs

What can Labor do for itself? The answer is not difficult. Labor can organize, it can unify; it can consolidate its forces. This done, it can demand and command.—Eugene V. Debs

If you go to the city of Washington, you will find that almost all of those corporation lawyers and cowardly politicians, members of congress, and mis-representatives of the masses claim, in glowing terms, that they have risen from the ranks to places of eminence and distinction.  I am very glad that I cannot make that claim for myself.  I would be ashamed to admit that I had risen from the ranks.  When I rise it will be with the ranks, not from the ranks.--Eugene V. Debs 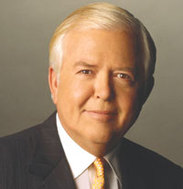 If CEOs insist that middle class Americans compete with cheap foreign labor, why not outsource the jobs of CEOs?  If business is all about cost, they should be the first to volunteer.— Lou Dobbs, CNN financial correspondent and author of Exporting America (September 2004)

When was the last time you heard of a CEO's job being outsourced?  It just doesn't happen.— Lou Dobbs, CNN financial correspondent and author of Exporting America (12/2/04)

I am pro-business, not pro-stupidity.— Lou Dobbs, CNN financial correspondent and author of Exporting America (12/2/04)

Labor Day is a glorious holiday because your child will be going back to school the next day. It would have been called Independence Day, but that name was already taken.—Bill Dodds

The only effective answer to organized greed is organized labor.—Thomas Donahue

As nightfall does not come at once, neither does oppression. In both instances, there's a twilight where everything remains seemingly unchanged, and it is in such twilight that we must be aware of change in the air, however slight, lest we become unwitting victims of the darkness.— William O. Douglas 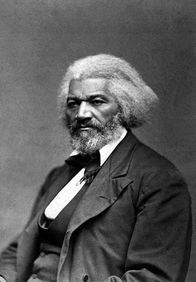 Frederick Douglass
Those who profess to favor freedom, and yet deprecate agitation, are men who want crops without plowing up the ground. They want rain without thunder and lightning.— Frederick Douglass

Power concedes nothing without a demand; it never has and it never will.—Frederick Douglass

The limits of tyrants are prescribed by the endurance of those whom they oppress.—Frederick Douglass

Years ago, my mother used to say to me, she'd say 'In this world, Elwood, you must be'--she always called me Elwood--'In this world, Elwood, you must be oh-so-smart or oh-so-pleasant.'  Well, for years I was smart.  I recommend pleasant.  You may quote me.— Elwood P. Dowd, portrayed by Jimmy Stewart, in the film "Harvey"
So much of what we call management consists in making it difficult for people to work.— Peter Drucker

Business knows no pity, and cares for justice only when justice is seen to be better policy. If it had power to control the elements, it would grasp in its iron clutches the waters, sunshine and air and resell them by measure, and at exorbitant prices to the millions of famished men, women and children.—W.A. Duncan, in the Cherokee Advocate, 1892

History teaches us that men and nations behave wisely once they have exhausted all other alternatives.—Abba Eban

There ain't no rules around here. We're trying to accomplish something.—Thomas Edison

Labor rights are as fundamental as human rights and the job of a democratic country is to protect both.—Tony Ehreneich, regional secretary of the Congress of South African Trade Unions (COSATU) 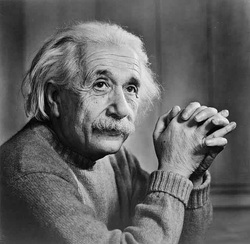 It is appallingly obvious our technology has exceeded our humanity.—Albert Einstein

Peace cannot be kept by force; it can only be achieved through understanding.—Albert Einstein

Any intelligent fool can make things bigger, more complex, and more violent. It takes a touch of genius -- and a lot of courage -- to move in the opposite direction.—Albert Einstein

Only a life lived for others is a life worthwhile.—Albert Einstein

Leadership consists of nothing but taking responsibility for everything that goes wrong and giving your subordinates credit for everything that goes well.--Dwight D. Eisenhower
​
To the fervent proponents of ruthless corporate capitalism I say: make a millionaire CEO live as a poor sweatshop worker in Indonesia for one month and then ask him about the merits of the world economic system.—Vassilis Epaminondou

When spiders unite, they can tie down a lion.—Ethiopian Proverb

If the workers of the world want to win, all they have to do is recognize their own solidarity. They have nothing to do but fold their arms and the world will stop. The workers are more powerful with their hands in their pockets than all the property of the capitalists. . . .—Joseph Ettor, IWW organizer

The scaffold has never yet and never will destroy an idea or a movement.--Joseph Ettor, IWW organizer

An idea consisting of a social crime in one age becomes the very religion of humanity in the next.--Joseph Ettor, IWW organizer

It is said that our ideas are impractical.  That is true.  From the standpoint of old institutions, interests and their beneficiaries; the new is always impractical.  We also hear it said that our efforts are dangerous.  Yes, gentle reader, our ideas, our principles and object are certainly dangerous and menacing, applied by a united working class would shake society and certainly those who are now on top sumptuously feeding upon the good things they have not produced would feel the shock.—Joseph Ettor, IWW organizer ("Industrial Unionism: The Road To Freedom")

[R]ight and wrong are relative terms--and it all resolves into a question of Power.—Joseph Ettor, IWW organizer ("Industrial Unionism: The Road To Freedom")

Our country has been ravaged and stolen by industrial pirates and yet, learned judges have decreed that it was "legal".... whatever the king has done, the courtiers have most humbly considered right and the guards and men-at-arms been ready to see that the slaves did not rebel against it all.—Joseph Ettor, IWW organizer ("Industrial Unionism: The Road To Freedom")