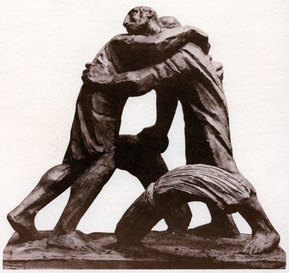 'Brotherhood of Man' by Nathan J Rapoport
If you come only to help me, you can go back home.  But if you consider my struggle as part of your struggle for survival, then maybe we can work together.—Aboriginal wise woman

Did you know unions are what brought races and genders together more than any other type of organization, including government? We’re all brothers and sisters in the union. And we don’t have to be forced into this unity. In the common struggle for a better life, a decent income and respectable retirement, the divisions fade away.--Loren Adams, Arkansas Postal Workers Union Editor, The Arkansas Postal Worker

If nothing we do matters...then all that matters is what we do.  Cause that's all there is.  What we do now. Today.  The smallest act of kindness is the greatest thing in the world.—Angel (TV series Angel, from the episode "Epiphany")


You begin saving the world by saving one person at a time; all else is grandiose romanticism or politics.—Charles Bukowski, poet and postal worker, author of Post Office

[T]he most memorable concern of mankind is the guts it takes to face the sunlight again.—Charles Bukowski, poet and postal worker, author of Post Office

Too often we underestimate the power of a touch, a smile, a kind word, a listening ear, an honest compliment, or the smallest act of caring, all of which have the potential to turn a life around.—Leo Buscaglia

The Union is not a fee-for-service organization, it is a family.—Sue Carney, APWU Director of Human Relations

The fight is never about grapes or lettuce. It is always about people.— Cesar Chavez

You are never strong enough that you don't need help.— Cesar Chavez

I have found some of the best reasons I ever had for remaining at the bottom simply by looking at the men at the top.—Frank Moore Colby

What's so funny about peace, love, and understanding?—Elvis Costello 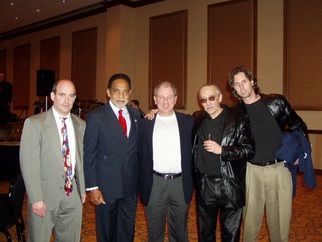 5 Union Brothers
It is when you have done your work honestly, when you have contributed your share to the common fund that you begin to live.—Eugene V. Debs

Only a life lived for others is a life worthwhile.—Albert Einstein

The ongoing fight for justice does not end on an American factory floor. It extends to many regions of the world. We are all exploited by these global companies, by globalization.—Ed Havaich, GE worker and Union member

We want a better America, an America that will give its citizens, first of all, a higher and higher standard of living so that no child will cry for food in the midst of plenty.—Sidney Hillman

Don’t let any man into your cab, your home, or your heart, unless he’s a friend of labor.— Jimmy Hoffa (attributed)

This is my creed: Happiness is the only good; reason the only torch; justice the only worship, humanity the only religion, and love the only priest.— Robert Green Ingersoll

It's no use trying to be clever--we are all clever here; just try to be kind--a little kind.—F.J. Foakes Jackson

The mass of mankind has not been born with saddles on their backs, nor a favored few (born) to ride them.—Thomas Jefferson 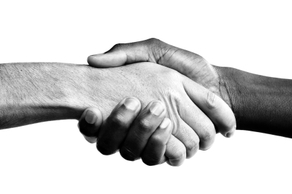 We must learn to live together as brothers or we are going to perish together as fools.-- Martin Luther King, Jr.

Let no man think we can deny civil liberty to others and retain it for ourselves.—Robert M. LaFollette, Sr.

We are American workers and, most importantly, we are human beings!—Moe Lepore, Boston Metro Area Local APWU (1985)

The labor movement is organized upon a principle that the strong shall help the weak.—John L. Lewis

The day you no longer burn with love, many others will die of the cold.—Mauriac

There is an innate spring of healthy action in every human being who has not been crushed and pinched by poverty and drudgery from before his birth, that impels him onward and upward.—Lucy Parsons

What care I how time advances?  I am drinking ale today.— Edgar Allen Poe

The Civil Rights movement just burst on the United States right on the tube.  We saw images of young people being attacked by dogs, by powerful water-cannons.  And they faced their fears, they overcame their fear by holding one another.  That was a lesson that what we need, the strength that we need, we can find in one another.  It is, of course, an image of great courage, and I have not had to face the kinds of things that those people had to face.  But if they were willing to face that, then I felt by that very thing both shamed and inspired to do what I could do.  And to take the lesson of holding one another as a way it could be done.—Mario Savio

People who have to fight for their living and are not afraid to die for it are higher persons than those who, stationed high, are too fat to dare to die.—Lao Tzu (attributed)

The thing that lies at the foundation of positive change, the way I see it, is service to a fellow human being.—Lech Walesa

The Constitution does not provide for first and second class citizens.—Wendell Lewis Willkie

Every day, try to help someone who can't reciprocate your kindness.—John Wooden, college basketball coach