Those who expect to reap the blessings of freedom must, like men, undergo the fatigue of supporting it.—Thomas Paine

When people fear the government, there is tyranny. When government fears the people, there is liberty.—Thomas Paine

The only tired I was, was tired of giving in.—Rosa Parks

Lucy Parsons
Never be deceived that the rich will permit you to vote away their wealth.—Lucy Parsons

We are the slaves of slaves. We are exploited more ruthlessly than men.—Lucy Parsons

Concentrated power can be always wielded in the interest of the few and at the expense of the many. Government in its last analysis is this power reduced to a science. Governments never lead; they follow progress. When the prison, stake or scaffold can no longer silence the voice of the protesting minority, progress moves on a step, but not until then.—Lucy Parsons, 1905

There is an innate spring of healthy action in every human being who has not been crushed and pinched by poverty and drudgery from before his birth, that impels him onward and upward.—Lucy Parsons

Anarchism has but one infallible, unchangeable motto, "Freedom." Freedom to discover any truth, freedom to develop, to live naturally and fully.—Lucy Parsons, 1905

Strike not for a few cents more an hour, because the price of living will be raised faster still, but strike for all you earn, be content with nothing less.—Lucy Parsons

The coming change can only come through a revolution, because the possessing class will not allow a peaceful change to take place; still we are willing to work for peace at any price, except at the price of liberty.—Lucy Parsons

Oh, Misery, I have drunk thy cup of sorrow to its dregs, but I am still a rebel.—Lucy Parsons, 1937 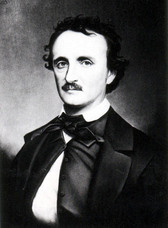 Edgar Allan Poe
Demanding domestic security in times of war invites carelessness in preserving civil liberties and the right of privacy. Frequently the people are only too anxious for their freedoms to be sacrificed on the altar of authoritarianism thought to be necessary to remain safe and secure.-- US Representative Ron Paul (R-TX) (Cong.Rec., 09/11/01)

Art thou less a slave by being favoured by thy master? Thou art indeed well off, slave. Thy master favours thee; he will soon beat thee.-- Pascal, Pensees, 1670

I'm a representative not a judge, our members are judged by management every day, they don't pay dues to their union to be judged again.-- Leo Persails, APWU

Only a fool would blame the membership for the problems of a union which their elected leaders can't solve or recognize.-- Leo Persails, APWU

The members of the APWU are the USPS. Management can never share that title because the only mail they ever move is from one side of their desk to the other.-- Leo Persails, APWU

I show supervisors and managers the same respect--or lack of it--that they show me.-- Leo Persails, APWU

There are some men who, in a 50-50 proposition, insist on getting the hyphen, too.— Lawrence J. Peter

The labor movement means just this: It is the last noble protest of the American people against the power of incorporated wealth.— Wendell Phillips

Organize, and stand together.  Claim something together, and at once; let the nation hear a united demand from the laboring voice, and then, when you have got that, go on after another; but get something.— Wendell Phillips

Those that seek power are not worthy of that power.—Plato

An imbalance between rich and poor is the oldest and most fatal ailment of all republics.-- Plutarch


What care I how time advances?  I am drinking ale today.— Edgar Allen Poe


The present age handed over the workers, each alone and defenseless, to the unbridled greed of competitors... so that a very few and exceedingly rich men have laid a yoke of almost slavery on the unnumbered masses of non-owning workers.—Pope Leo XIII

Corruption dominates the ballot-box, the Legislatures, the Congress and touches even the ermine of the bench. The fruits of the toil of millions are boldly stolen to build up colossal fortunes for a few, unprecedented in the history of mankind; and the possessors of these, in turn, despise the Republic and endanger liberty.— National platform of the Populist Party, 1892

There has to be more in life than grievance processing.—Liz Powell, APWU Northeastern Regional Coordinator

Few of us would miss even $1 a day from our wallets.  But we would miss these jobs if they were gone.  Believe it!—Bob Pritchard, APWU National MVS Director, on the need for COPA donations

He who oppresses the poor to increase his wealth and he who gives gifts to the rich--both come to poverty.—Proverbs 22:16

Power always has to be kept in check; power exercised in secret, especially under the cloak of national security, is doubly dangerous.—William Proxmire