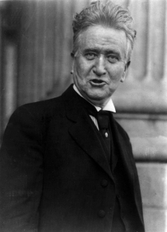 Robert M. LaFollette, Sr.
God, how patient are Thy poor!  These corporations and masters of manipulation in finance heaping up great fortunes by a system of legalized extortion, and then exacting from the contributors--to whom a little means so much--a double share to guard the treasure!—Robert M. LaFollette, Sr., Wisconsin Governor and U.S. Senator

Free men of every generation must combat renewed efforts of organized force and greed to destroy liberty.—Robert M. LaFollette, Sr.

Let no man think we can deny civil liberty to others and retain it for ourselves.—Robert M. LaFollette, Sr.

One needs but to study the directory of directories of the great business concerns of the country to determine the extent to which this combination of combinations [i.e. corporate mergers] has been successfully accomplished, thus carrying us over into the fourth period of our industrial and commercial life--the period of complete industrial and commercial servitude in which we now unhappily find ourselves.  And this supreme control of the business of the country is the triumph of men who have at every step defied public opinion, the common law and criminal statutes.—Robert M. LaFollette, Sr.

No free people in history very long maintained their political freedom after having once surrendered their industrial and commercial freedom.—Robert M. LaFollette, Sr.

The essence of the Progressive movement, as I see it, lies in its purpose to uphold the fundamental principles of representative government.  It expresses the hopes and desires of millions of common men and women who are willing to fight for their ideals, to take defeat if necessary, and still go on fighting.—Robert M. LaFollette, Sr.

The supreme issue, involving all others, is the encroachment of the powerful few upon the rights of the many.—Robert M. LaFollette, Sr.

Corporations and individuals allied with corporations were invited to come in and take what they would.... I determined that the power of this corupt influence, which was undermining and destroying every semblance of representative government in Wisconsin, should be broken.—Robert M. LaFollette, Sr.

Where there can be shown to be no difference in labor cost, I am for free trade.  But the difference must be determined by real experts who understand the use and limits of statistics.—Robert M. LaFollette, Sr. (emphasis added)

There never was a higher call to greater service than in this protracted fight for social justice.—Robert M. LaFollette, Sr.

If all the cars in the United States were placed end to end, it would probably be Labor Day Weekend.—Douglas Larson

The drop of rain maketh a hole in the stone, not by violence, but by oft falling.-- Hugh Latimer

All men dream:  But not equally.  Those who dream by night in the dusty recesses of their minds wake in the day to find that it was vanity:  But the dreamers of the day are dangerous men, for they may act their dream with open eyes, to make it possible.—T.E. Lawrence

On the Plains of Hesitation, bleach the bones of countless millions who, at the dawn of victory, sat down to wait, and waiting, died.—William A. Lawrence


If nobody quits until I do, there will be no quitting!— UMWA organizer John R. Lawson, framed for murder, following his 1915 conviction


The difference between a smart man and a wise one is this: A smart man can work his way out of a difficulty that the wise man will not get into in the first place.— Saul Lieberman

A working class hero is something to be.—John Lennon 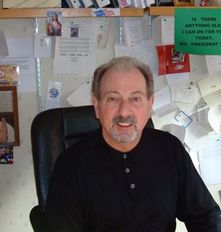 Moe Lepore
Our America is under siege. Everywhere we look labor is being attacked and, to our chagrin, so are our Veterans, elderly and disenfranchised.  There should be outrage from one and all.  This is OUR America, isn't it?  DAMN RIGHT!—Moe Lepore, President Boston Metro Area Local APWU (2003)

Labor needs to stand up and take America back for the people. We need solidarity. And its got to go on today. Let's put our stamp on this country!—Moe Lepore, President Boston Metro Area Local APWU (7/27/04)

We're the good guys.  We get to wear the white hats.—Moe Lepore, President Boston Metro Area Local APWU (on the role of union stewards and officers)

Our struggle is the struggle of every working man and woman in America.  We built this country, we have fought and died in its wars, paid our taxes and built every road and building in it, from one coast to the other.  And all we've asked in return is a fair day's pay for a fair day's work.—Moe Lepore, President Boston Metro Area Local APWU (2010)

Personally, I look forward to continuing the fight for justice and equality on the workroom floor.  APWU will never NEVER allow [the] heinous thinking by management to continue without a battle.  It's an atrocity which must be and will be stamped out.  We are American workers and, most importantly, we are human beings!—Moe Lepore, Boston Metro Area Local APWU (1985)

Human history is work history. The heroes of the people are work heroes. —Meridel Le Sueur

If they're cutting your legs out from under you, that just means you're taller than they are; if they stab you in the back, it's because they can't face you.—Mike Levine, Red Bank Local APWU (attributed)

We must explore different means of communicating with our members and put in place the mechanism to deliver our message.—Bill Lewis, APWU, President Trenton Metro and NJSPWU 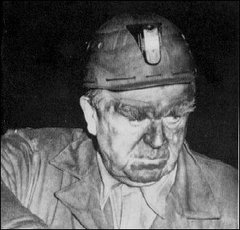 John L. Lewis
Let the workers organize. Let the toilers assemble.  Let their crystallized voice proclaim their injustices and demand their privileges. Let all thoughtful citizens sustain them, for the future of Labor is the future of America.—John L. Lewis

I have pleaded your case from the pulpit and from the public platform--not in the quavering tones of a feeble mendicant asking alms, but in the thundering voice of the captain of a mighty host, demanding the rights to which free men are entitled.—John L. Lewis

The labor movement is organized upon a principle that the strong shall help the weak.—John L. Lewis

The political stability of the republic is imperiled. In excess of twelve million wage earning are unemployed. In certain industrial states the percentage of unemployed equals 40 percent of the enrolled workers. Of the remaining 60 percent a large number are employed on a part-time basis, and are the victims of a continuous schedule of wage cutting. Those who are employed, directly or indirectly, must inevitably bear the burden of supporting the millions to whom employment is unavailable.... We are victims of our own national short-sightedness by failure in the halcyon days of prosperity to intelligently plan for the future.—John L. Lewis, 1933

The balancing of the budget will not in itself place a teaspoonful of milk in a hungry baby’s stomach, or remove the rags from its mother’s back.—John L. Lewis, 1933

Labor is prior to, and independent of, capital. Capital is only the fruit of labor, and could never have existed if Labor had not first existed. Labor is superior to capital, and deserves much the higher consideration.—Abraham Lincoln

All that harms labor is treason to America.—Abraham Lincoln

I am glad to see that a system of labor prevails under which laborers can strike when they want to.—Abraham Lincoln

That we may fail in the struggle ought not to deter us from the support of a cause we believe to be just.—Abraham Lincoln

You can not endow even the best machine with initiative.-- Walter Lippmann 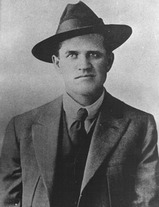 Frank Little
Better to go out in a blaze of glory than to give in.—Frank Little, IWW organizer

Your jails and dungeons hold no terror for me.—Frank Little, IWW organizer

"Frank Little: 1879-1917: Slain by Capitalist Interests for Organizing and Inspiring His Fellow Man."—Frank Little's epitaph.  Frank Little was hung in Butte, Montana for his Union efforts.  A note was pinned to his body.  It read, "First and Last Warning."


Your silence will not protect you.-- Audre Lorde

Anyone with a part-time job works full-time for half salary.—Denise D. Lynn