Really what we would like to see is to take these unions out at the knees so they don't have the resources to fight these battles.—Scott Hagerstrom, Michigan Executive Director of billionaire Koch Brothers front group Americans For Prosperity, February 2011, shortly before Wisconsin Governor Scott Walker ginned up a fiscal "crisis" to do just that.

I can’t recall a moment in my lifetime when government was so extremely out of step with the will of the American people. But it seems like the only fight to be had these days is to see who can screw the middle class the hardest.--Jane Hamsher, Firedoglake ("Up Is Down")

I pity the man who wants a coat so cheap that the man or woman who produces the cloth will starve in the process.—Benjamin Harrison

The ongoing fight for justice does not end on an American factory floor. It extends to many regions of the world. We are all exploited by these global companies, by globalization.—Ed Havaich, GE worker and Union member 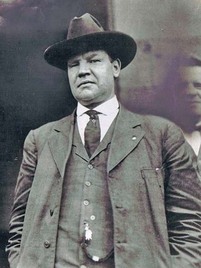 William Dudley 'Big Bill' Haywood
Every dollar that the boss did not work for, one of us worked for a dollar and didn't get it.—William Dudley "Big Bill" Haywood

I haven't read Marx's Capital but I've got the marks of capital all over my body.—William Dudley "Big Bill" Haywood

Fellow Workers, this is the Continental Congress of the Working Class. We are here to confederate the workers of this country into a working-class movement in possession of the economic powers, the means of life, in control of the machinery of production and distribution without regard to capitalist masters.—William Dudley "Big Bill" Haywood

You ask me why the IWW is not patriotic to the United States. If you were a bum without a blanket; if you had left your wife and kids when you went west for a job, and had never located them since; if your job had never kept you long enough in a place to qualify to vote; if you slept in a lousy, sour bunkhouse, and ate food just as rotten as they could give you and get by with it; if deputy sheriffs shot your cooking cans full of holes and spilled your grub on the ground; if your wages were lowered on you when the bosses thought they had you down...if every person who represented law and order and the nation beat you up, railroaded you to jail, and the good Christian people cheered and told them to go to it, how in hell do you expect a man to be patriotic?  This war is a businessman's war and we don't see why we should go out and get shot in order to save the lovely state of affairs that we now enjoy.—William Dudley "Big Bill" Haywood, on IWW neutrality and opposition to World War I

If the workers are organized, all they have to do is to put their hands in their pockets and they have got the capitalist class whipped.—William Dudley "Big Bill" Haywood

I want political action that counts. I want a working class that can hold an election every day if they want to.—William Dudley "Big Bill" Haywood

A strike is an incipient revolution. Many large revolutions have grown out of a small strike.—William Dudley "Big Bill" Haywood

Remember that you are fighting more than your own fight.  You are fighting for the entire working class and you must stand together.—William Dudley "Big Bill" Haywood, to the striking mill workers in Lawrence, Massachusetts, 1912
When Reagan and Bush were running in 1980, they said, "We're going to get American industry moving again." And they did--to Taiwan, Mexico, Saudi Arabia--everywhere except here.—Jim Hightower, columnist and commentator 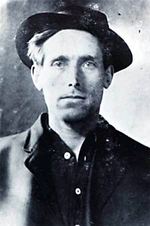 Work and pray, Live on hay; You'll get pie in the sky when you die.—Joe Hill

I'm not afraid of death, but I'd like to be in the fight a little longer.—Joe Hill (attributed)

In this queer world as everyone knows.  Some have beautiful mansions  And are wearing beautiful clothes.  There are blue-blooded queens and princesses  Who have charms made of diamonds and pearls.  But the only thoroughbred lady  Is the Rebel Girl.—Joe Hill ("The Rebel Girl" was dedicated to Elizabeth Gurley Flynn)

Workers of the world awaken. Break your chains, demand your rights.
All the wealth you make is taken, by exploiting parasites.
Shall you kneel in deep submission from your cradle to your grave?
Is the height of your ambition to be a good and willing slave?—Joe Hill ("Workers of the World Awaken")

I have nothing to say for myself, only that I have always tried to make this earth a little bit better.—Joe Hill
What is hateful to you, do not do to another. That is the whole of the Law, all else is commentary.—Rabbi Hillel

We want a better America, an America that will give its citizens, first of all, a higher and higher standard of living so that no child will cry for food in the midst of plenty.—Sidney Hillman

Make a habit of two things--to help, or at least, to do no harm.—Hippocrates 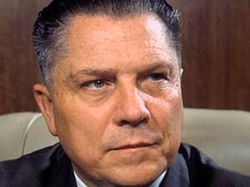 Jimmy Hoffa
In the old days all you needed was a handshake. Nowadays you need forty lawyers. — Jimmy Hoffa

No lawyer should ever excite his employer that he has found a new way to beat a Union.  Because it doesn't work.— Jimmy Hoffa

Those who seek to destroy us will be properly advertised to our members and our friends, to try and convince the working people of the communities...what they gained across the table, they will lose by the stroke of a pen.— Jimmy Hoffa, on the need for political action

I may have my faults, but being wrong ain't one of them.— Jimmy Hoffa (attributed)

Run from a knife and rush a gun.— Jimmy Hoffa (attributed)

Don’t let any man into your cab, your home, or your heart, unless he’s a friend of labor.— Jimmy Hoffa (attributed) 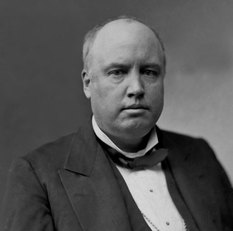 Robert Green Ingersoll
A grievance is most poignant when almost redressed.—Eric Hoffer

You can discover what your enemy fears most by observing the means he uses to frighten you.—Eric Hoffer

It is the province of knowledge to speak and it is the privilege of wisdom to listen.—Oliver Wendell Holmes

In present conditions a workman may not unnaturally believe that only by belonging to a union can he secure a contract that shall be fair to him....If that belief, whether right or wrong, may be held by a reasonable man, it seems to me that it may be enforced by law in order to establish the equality of position...in which liberty of contract begins.—Supreme Court Justice Oliver Wendell Holmes, Jr.

God give me work, till my life shall end.  And life, till my work is done.—Winifred Holtby

We are all here because we want to serve our brothers and sisters, and each individual should be given a constant opportunity to do that in the ways that will best benefit the Union as a whole.— Peter Holter-Mehren, WAPWU President (2002)

Oh!  God!  That bread should be so dear, and flesh and blood so cheap!—Thomas Hood

Better to have government owned banks than a bank owned government.--comment on The Huffington Post

From the social point of view, the educational systems are oriented to maintaining the existing social and economic structures instead of transforming them.—Wilhelm von Humboldt

The story of the labor movement needs to be taught in every school in this land.... America is a living testimonial to what free men and women, organized in free democratic trade unions, can do to make a better life.  We ought to be proud of it.—Vice President Hubert H. Humphrey, 1977 speech before the Minnesota AFL-CIO Convention

Instead of proving to be "labor saving devices," our machines create more work for more of us to do! Instead of the "problem" of leisure, we face an array of problems caused by overwork; families that erode because we have less time to be at home, troubled and troubling young people who share little or no time with adults, anemic communities bled dry of the people's time, their life's blood, and institutions that focus solely on teaching people how to work rather than how to live together freely.—Benjamin Kline Hunnicutt

The mountain rests on the earth: the image of splitting apart.  Thus those above can insure their position only by giving generously to those below.—I Ching (The Book of Changes)

Man must choose whether to be rich in things or in the freedom to use them.—Ivan Illich

If the vote could do you any good, they would make it illegal!—Industrial Unionist slogan

All my sympathies are on the side of those who toil--of those who produce the real wealth of the world--of those who carry the burdens of mankind.— Robert Green Ingersoll (from the essay "Eight Hours Must Come", 1890)

Every man is dishonest who lives upon the labor of others, no matter if he occupies a throne.— Robert Green Ingersoll

This is my creed: Happiness is the only good; reason the only torch; justice the only worship, humanity the only religion, and love the only priest.— Robert Green Ingersoll

Give me the storm and stress of thought and action rather than the dead calm of ignorance and faith.  Banish me from Eden when you will, but first let me eat of the fruit of the Tree of Knowledge.— Robert Green Ingersoll

I admit that reason is a small and feeble flame, a flickering torch by stumblers carried in the starless night--blown and flared by passion's storm--and yet, it is the only light.  Extinguish that, and nought remains.— Robert Green Ingersoll

The history of intellectual progress is written in the lives of infidels.— Robert Green Ingersoll

At the end of the game, the king and the pawn go back in the same box. -- Italian Proverb

Although it is true that only about 20 percent of American workers are in unions, that 20 percent sets the standards across the board in salaries, benefits and working conditions. If you are making a decent salary in a non-union company, you owe that to the unions. One thing that corporations do not do is give out money out of the goodness of their hearts.—Molly Ivins