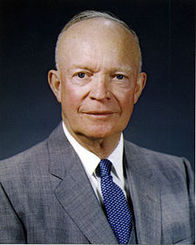 President Dwight D. Eisenhower
Every advance in this half-century--Social Security, civil rights, Medicare, aid to education, one after another--came with the support and leadership of American Labor.—Jimmy Carter

One man with courage makes a majority.—Andrew Jackson

The mass of mankind has not been born with saddles on their backs, nor a favored few (born) to ride them.—Thomas Jefferson

A wise and frugal government, which shall leave men free to regulate their own pursuits of industry and improvement, and shall not take from the mouth of labor the bread it has earned -- this is the sum of good government.—Thomas Jefferson

A little rebellion now and then is a good thing.—Thomas Jefferson

There are no problems we cannot solve together, and very few that we can solve alone.—Lyndon Baines Johnson 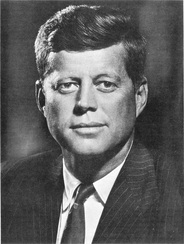 President John F. Kennedy
The American Labor Movement has consistently demonstrated its devotion to the public interest. It is, and has been, good for all America.—John F. Kennedy

Our labor unions are not narrow, self-seeking groups. They have raised wages, shortened hours, and provided supplemental benefits. Through collective bargaining and grievance procedures, they have brought justice and democracy to the shop floor.—John F. Kennedy

If a free society cannot help the many who are poor, it cannot save the few who are rich.—John F. Kennedy

One man can make a difference, and every man should try.—John F. Kennedy 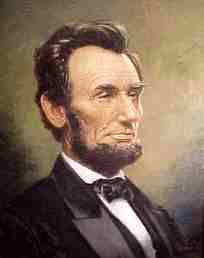 Labor is prior to, and independent of, capital. Capital is only the fruit of labor, and could never have existed if Labor had not first existed. Labor is superior to capital, and deserves much the higher consideration.—Abraham Lincoln

All that harms labor is treason to America.—Abraham Lincoln

I am glad to see that a system of labor prevails under which laborers can strike when they want to.—Abraham Lincoln

That we may fail in the struggle ought not to deter us from the support of a cause we believe to be just.—Abraham Lincoln


There are more instances of the abridgment of freedoms of the people by gradual and silent encroachment of those in power than by violent and sudden usurpations.—James Madison

You know very well that whether you are on page one or page thirty depends on whether they fear you. It's as simple as that.—Richard Nixon 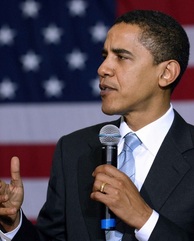 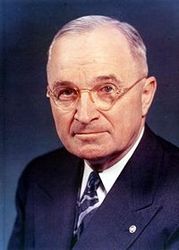 President Harry S Truman
If American workers are being denied their right to organize and collectively bargain when I'm in the White House, I will put on a comfortable pair of shoes myself and I will walk on that picket line with you as President of the United States of America.  Because workers deserve to know that somebody is standing in their corner.—Barack Obama (as candidate), November 3, 2007

It was working men and women who made the 20th century the American century. It was the labor movement that helped secure so much of what we take for granted today.  The 40-hour work week, the minimum wage, family leave, health insurance, Social Security, Medicare, retirement plans.  The cornerstones of the middle-class security all bear the union label.—President Barack Obama, speech at Laborfest, September 6, 2010

No business which depends for existence on paying less than living wages to its workers has any right to continue in this country. By living wages I mean more than a bare subsistence level --I mean the wages of decent living.—Franklin D. Roosevelt

Goods produced under conditions which do not meet a rudimentary standard to decency should be regarded as contraband and not allowed to pollute the channels of international commerce.—Franklin D. Roosevelt

It is to the real advantage of every producer, every manufacturer and every merchant to cooperate in the improvement of working conditions, because the best customer of American industry is the well-paid worker.—Franklin D. Roosevelt

Those who have long enjoyed such privileges as we enjoy, forget in time that men have died to win them.—Franklin D. Roosevelt

It is time that all Americans realized that the place of labor is side by side with the businessman and with the farmer, and not one-degree lower.—Harry S Truman

It is amazing what you can accomplish if you do not care who gets the credit.—Harry S Truman

While we are fighting for freedom, we must see, among other things, that labor is free.—Woodrow Wilson