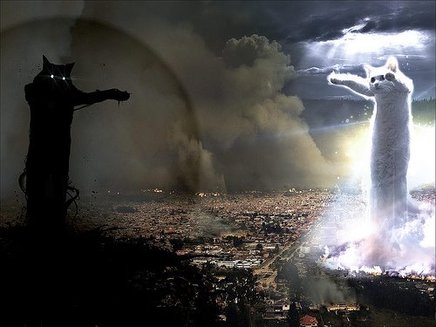 [O]ur leaders do not mean well. They do not have any noble goals of democracy and freedom and all that jazz....  And as long as an American believes that the intentions are noble and honorable, it's very difficult to penetrate that wall.—William Blum, author and critic of American foreign policy

I would have worked with the devil himself if he'd been for the six hour day and worker control of the hiring hall.—Harry Bridges

Can anything be imagined more abhorrent to every sentiment of generosity and justice, than the law which arms the rich with the legal right to fix, by assize, the wages of the poor? If this is not slavery, we have forgotten its definition. Strike the right of associating for the sale of labor from the privileges of a freeman, and you may as well bind him to a master, or ascribe him to the soil.—William Cullen Bryant

The condition upon which God hath given liberty to man is eternal vigilance; which condition if he break, servitude is at once the consequence of his crime and the punishment of his guilt.— John Philpot Curran

History has a long-range perspective. It ultimately passes stern judgment on tyrants and vindicates those who fought, suffered, were imprisoned, and died for human freedom, against political oppression and economic slavery.—Elizabeth Gurley Flynn

Each of us has the power to be good or to be evil. That choice is yours and yours alone. The tragedy of our world is not that so many have chosen to be evil, but that so few have made any choice at all. —Martin Johns, Red Bank Local, APWU

I learned in the early part of my career that labor must bear the cross for others' sins, must be the vicarious sufferer for the wrongs that others do.—Mother Jones

The time is always right to do what is right.-- Martin Luther King, Jr.

We must learn that passively to accept an unjust system is to cooperate with that system, and thereby to become a participant in its evil.-- Martin Luther King, Jr.

If you want a picture of the future, imagine a boot stamping on a human face--forever.--George Orwell (1984)

Art thou less a slave by being favoured by thy master? Thou art indeed well off, slave. Thy master favours thee; he will soon beat thee.-- Pascal, Pensees, 1670

The labor movement means just this: It is the last noble protest of the American people against the power of incorporated wealth.— Wendell Phillips

I have been to the darkest corners of government, and what they fear is light.—Edward Snowden, American whistleblower and patriot

Nothing can harm a good man, either in life or after death.—Socrates